Throughout San Francisco, there is a debate about whether the real estate market is doing well or not.  The reality is that some properties are selling quickly with multiple offers over asking, while others are stagnant with price reduction after price reduction.  This makes predicting the success of the sale of a specific property a bit more of a challenge.  Whether it applies to your property is dependent on where it is, how much it’s listed for, if it is remodeled, or whether buyers in the market place find it desirable.  This is true in the hottest neighborhoods and most particularly in the less sought out neighborhoods.  Even in West Portal/Inner Parkside, with our lack of supply and stable demand, we have the same considerations, which in recent years has not been the case. 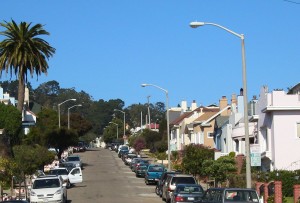 For the second quarter of 2011, we had nine active, six pending (not yet closed), 14 sold (closed) and no ‘failed to sell’ listings, which indicates that eventually, sellers are really selling.

Of the 14 sold properties, three received multiple offers and six of them sold over their asking price.  The amount of over bids ranged from as little as $4,000 to as much as $79,000.  As a matter of fact, three of the six properties that sold over their asking price had bids ranging from $51,000 to $79,000 over asking (ranging from five to 10 percent of their list price).  The properties had several things going for them: they were remodeled, staged, in a prime location and most importantly, under priced for the market, which created a call to action on the part of the buyer.  This is the same strategy used during the dot com era.

Four of the nine properties currently active in the market place have been on the market for over 60 days, with a fifth quickly approaching.  Buyers are being very selective, which means that a property with a perceived flaw (such as floor plan, lack of remodeling, or location) gets passed by.  For those with flaws, the price needs to be discounted even further to make up for it-buyers are simply not as forgiving as they have been in recent years.

In comparing the days on the market of the active to sold listings in the second quarter, seven of the 14 sold properties took less than 60 days to close from marketing to closing.  Time is very important now; getting a listing to sell at or above asking must sell in the first few weeks.  Properties that sold below their asking price, saw reductions up to 10 percent.

The second quarter had three distressed properties ( short sales or bank owned ) on the market; one sold, of the other two, one is active, one is pending.

Financing still requires lots of hoops to jump through, particularly on jumbo loans (those with loan amounts over $729,750); qualified buyers are gold.

Property values in the neighborhood have stayed pretty consistently even for the last few quarters for desirable properties.  Prices on less desirable properties; those with flaws, have come down more in value.  I see this trend continuing for the foreseeable future.