Property values up again in West Portal in the Second Quarter 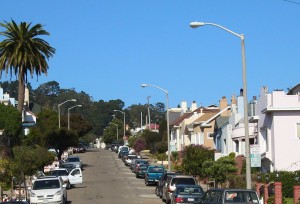 There was a little burst of energy between the first and second quarters. The market is under constant change and evolution, so one has to nimble and active to stay on top of it. I can tell you there are a lot of conversations between real estate agents to keep tabs on the trends of the market!

Toward the end of the quarter, the number of offers seem to have gone down, but not necessarily the amount of the overbids. There have been some isolated instances of no offers being received on a property, but that is not common. We can very likely blame the market changes on the start of the Summer Season, with more people going on vacations, as well as educated (and weary) buyers opting out of competing if they feel they don’t have a chance of winning.

Is there a greater chance of winning with fewer offers? Doubtful, given the amount of the overbids below. One thing seems certain; buyers who embrace the market more quickly will pay less than if it takes longer to find a home.

Eric Castongia, Residential Sales Specialist at Zephyr Real Estate (BRE Lic. No. 01188380) provided the information in this article. The content of this article is an interpretation of data from the San Francisco Multiple Listing Service and Eric’s observations in the marketplace; he can be reached by e-mail at Eric@SFHotBuy.com, or via mobile phone at (415)307-1700.

My client would not leave her rent-controlled apartment unless she could buy in Noe Valley. I happened to know of a place that was on the market and not selling. Challenge was, for tax reasons, it had to close within… Read more “Loved the location and closed eight days later”