Property Values in West Portal for the Second Qtr of 2010

The West Portal/Inner Parkside Real Estate Market in the second quarter of 2010 was active.  A combination of a balanced inventory, historically low interest rates  on mortgages, Federal Tax Credits and motivated sellers have maintained the number of sales in our neighborhood.

Here is my interpretation of data from the San Francisco Multiple Listing Service and my observation of the real estate market in the West Portal/Inner Parkside area. 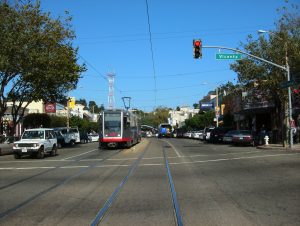 If you look at the number of transactions in this quarter, it would appear that inventory is steady year over year.  Our second quarter total transactions, including active properties is comparable for this time of year at 34; it was 31 in the second quarter of 2009.  For active listings from this year to last in the same quarter, there were six and seven respectively-also very consistent.

The number of sales in the second quarter (21) is higher than usual at this time of year; if you look at the average year to year, it’s around 12.  We had a very active first quarter, so there are transactions that started in the first quarter and finished in the second-there are fewer pending and withdrawn sales in the current quarter, as a result.

We are seeing more listings with attractive list prices to get buyers enticed to visit the property.  Time is most important right now; getting a listing to sell at or above asking must sell in the first few weeks.

Looking at the number of listings throughout the neighborhood, there is only one active listing in the immediate West Portal area-the other one we had is in contract with five offers over it’s asking price.  Active inventory in the neighborhood is tight.

The other five of the six currently active listings, are in the area outside prime West Portal/Inner Parkside which includes the area around the Safeway on Taraval and 19th Ave.  There are typically more homes for sale in this area, so that’s not a surprise.  What is of note-there are no withdrawn, or failed to sell listings, in this quarter in that area-that indicates that the price range is popular with buyers and that sellers are realistic on pricing.

As a realtor, determining list (and sales) prices has, in recent months, been less science and more art; it’s about buyer psychology, exposure and luck.  For West Portal/Inner Parkside, inventory is consistently light, so there is built-in demand-however, buyers being selective may mean that an inappropriately priced listing gets passed by.  That occurred with two such listings this quarter in the prime part of West Portal.

The new homes at the corner of 15th Ave and Wawona have all sold.  In the end, they sold at 10-15 percent below their original asking prices.  The sale prices ranging up to approximately 1.9 million dollars, have set a new benchmark in the neighborhood.

Interest rates, have bounced around a bit, but remain low.  The Fed, in their last meeting, has said that they will keep interest rates low for the foreseeable future.  They don’t want to stall the economy, nor do they want inflation to take hold.

Jumbo loans are back, as well as ten percent down financing-although not at the cheap rates that you hear about. Obtaining financing still requires lots of hoops to jump through; qualified buyers are gold.

Property values in West Portal for the second quarter of 2010 are flat from the first quarter.  While we are not seeing appreciation right now, we are balanced, so there aren’t a lot of stale listings sitting around dragging down prices.  Other San Francisco neighborhoods cannot boast this.

Despite the higher number of sales in the second quarter, price ranges didn’t go up overall.  I suspect that values will remain flat for the balance of the year.

We relied on his expertise and trusted his instincts