As I reported in the First Quarter Market report, buyers are out in the marketplace in full force.  Low interest rates and confidence in the real estate market have brought them out.  Low inventory has pushed prices higher with demand higher than supply.  We have seen a pretty dramatic increase of property values so far in 2012. 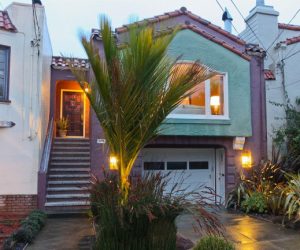 At the close of the second quarter of 2012, we had five active listings; which is great-we didn’t have any at the end of the first quarter.  Sellers are coming out of the woods slowly but surely.

For the second quarter, we had 10 sold listings, which is light for this time of year. Historically, Spring and Fall are our two busiest seasons.

Of the 10 sold properties, seven received multiple offers and five of them sold over their asking price.

You can tell the market is hot when there are no expired or withdrawn listings (failed to sell); there are none this quarter-everything has sold.

Total transactions for the current quarter, which is active, pending, sold and failed to sell, totaled 21.  This number is down 30 percent measured against the same quarter every year over the last 5 years.  The last time this quarter’s inventory was worse was in 2007 after the financial crisis came to light.

Two of the second quarter’s 10 sold properties had a price reduction and then sold (compared to the first quarter’s one).  Pricing the property correctly at the start is crucial-testing the market doesn’t work to get the most value out of a property.

There are a few currently active listings which I feel are pushing the envelope of value-I predict they will have either a price reduction, or get withdrawn in the third quarter.

The amount of over bids ranged from as little as $21,000 to as much as $207,000 (that’s not a typo).  There are larger increases in the amount of overbids from the previous quarter-particularly for three bedroom homes.  Two other overbids were $100,000.

None of the 10 sold properties were a short sale or foreclosure.  In the third quarter we will have at least three, as they are pending now.

Since the beginning of the year, I estimate we have seen increases in value as much as10 percent. List prices are starting to slide up a bit, but are (and should be) still kept below neighborhood expectation to drive activity.

The same rules apply now as before; if it doesn’t sell within the first two weeks, sellers need to consider a price reduction to keep the marketing momentum going.

I do not think we should assume that all is well and we are on the way to recovery.  We are beginning to see a few more listings coming on; that combined with buyer fatigue could slow things down and generate lower overbids (and maybe fewer multiple offers).  The market changed for the better very quickly; we should assume it could go in the other direction just as quickly.

The content of this article is Eric’s interpretation of data from the San Francisco Multiple Listing Service and Eric’s observations in the marketplace.

Eric made the whole process of finding a home easy