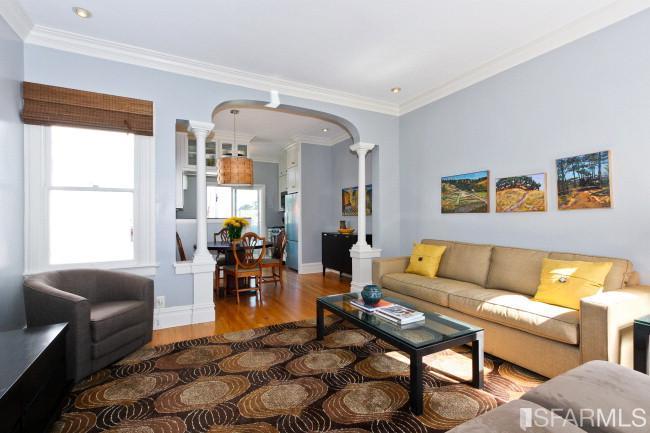 Around the middle of February, buyers came out into the marketplace in full force; combine that with a low inventory and suddenly, the majority of properties on the market started selling quickly with multiple offers-even the ones that had been languishing.  Within a matter of a few weeks, a significant change in the market had occurred.

Not surprisingly, we are seeing an overall increase of property values so far in 2012. Buyers are feeling confident that we are at the bottom of the market and they are now being moved to take advantage of low interest rates.

Eric Castongia, Residential Sales Specialist (DRE No. 01188380) at Zephyr Real Estate provided the information in this article. The content of this article is an interpretation of data from the San Francisco Multiple Listing Service and Eric’s observations in the marketplace.  Eric can be reached by e-mail at Eric@SFHotBuy.com, web at www.SFHotBuy.com , or via mobile phone at (415)307-1700.

I got to sell all four units!

When my clients Duboce Park four unit building failed to sell in the late 1990s, he made lemonade out of lemons by condo converting and remodeling the building. Six years later, he began the process of selling the units. Now… Read more “I got to sell all four units!”