According to the parking guru, there is a little known law in San Francisco that cars parked for over 72 hours in one spot on the street, even if it is parked legally with a neighborhood sticker, is considered abandoned.  Worse yet, the car won’t just sit in the impound lot indefinitely, it will get auctioned off!

Perhaps you’ve gotten lucky and not been towed and impounded after having parked for more than 3 days.  This is generally because DPT doesn’t always enforce it unless the car stands out in some way; being stripped, burned, or stolen.  A disgruntled neighbor can also report the car, so be careful not to block those driveways!

If you are going to leave your car for more than three days in a row, make sure you park it off street, or have a friend watch out for it and/or move it to avoid that nasty surprize! 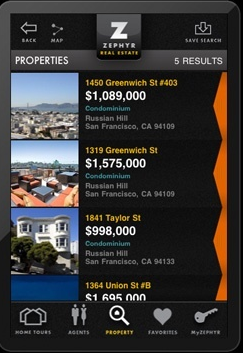 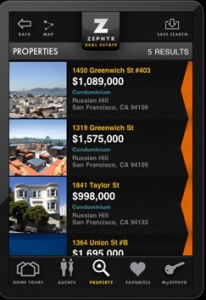 I’m excited to announce that the Zephyr Real Estate Search iPhone app is now available in the iTunes store. Our MLS-powered app lets you search all available properties in San Francisco. It’s the ONLY app that allows you to search by specific neighborhood, rather than just by zip code. With our GPS-powered app, you can also search for homes near you, or set your own search criteria, and get full details on all the properties. Create a free account for even more features like saving favorites, getting new listing and price reduction email alerts, searching sold properties, finding additional properties not shown on public websites, creating a custom multi-property driving tour with our exclusive Home Tour tool and more.

He professionally handled the whole process

Eric is knowledgeable about the strengths and weaknesses of the city’s neighborhoods. He professionally handled the whole process…and we got an advisor along with the house.