Anyone who’s self-employed has likely heard this by now.  We have a bit of a reprieve this year for deadline for filing taxes.  Because of Emancipation day on April 15, 2011 (Friday) a holiday celebrated in Washington, DC, tax day this year is actually April 18, 2011 (Monday). The California Franchise Tax Board is following suit. 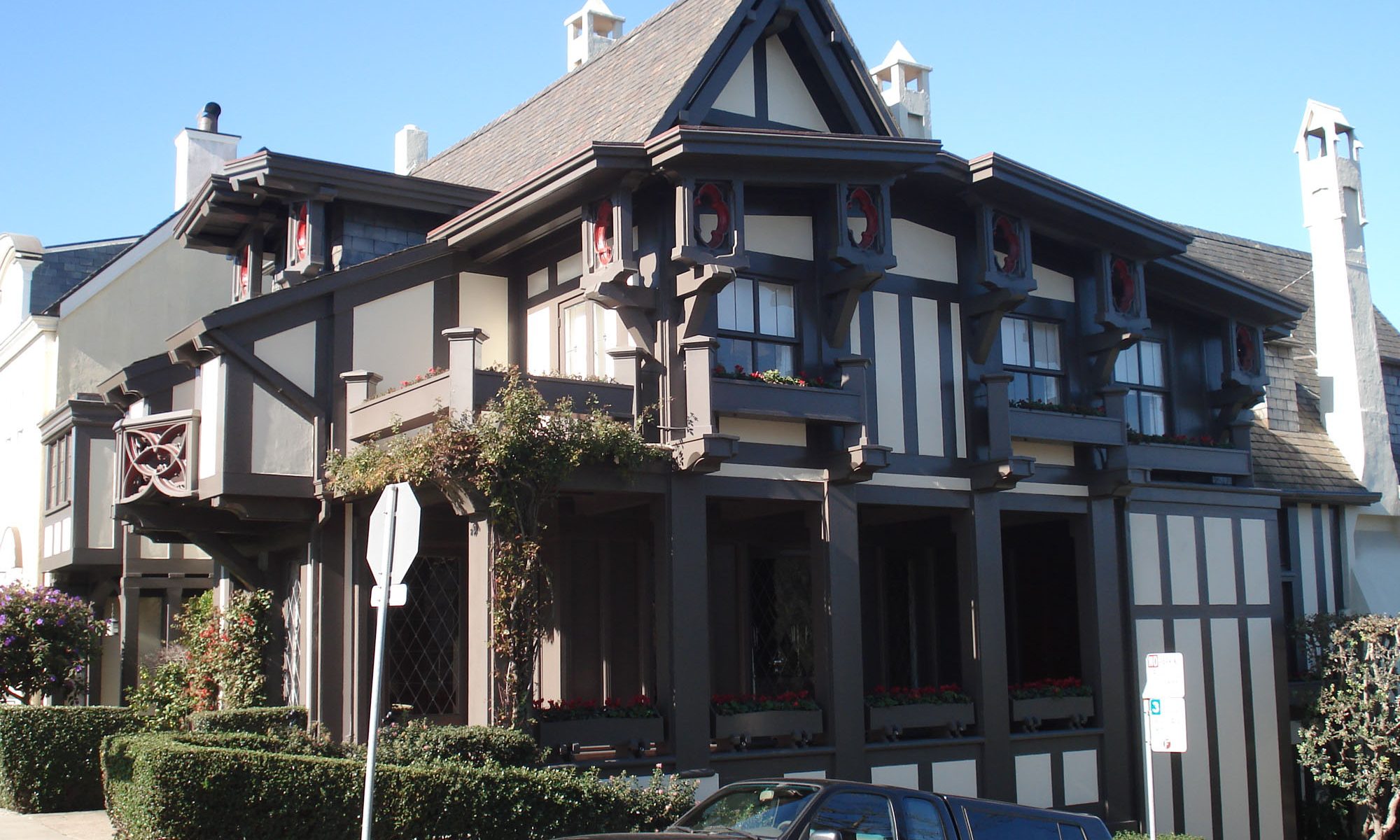 OK.  So I’m not hung up on Pacific Heights, but I found some really interesting homes there over the last month or so.  I’ll move on after this posting.

I found 3500 Jackson when I was exploring the end of Pacific Avenue that posted last time.

Architecturally, this home struck me.  It wasn’t until I went back to take some pictures to post, that I realized what a monster this house actually is.  The view at the back of the house is toward the Presidio.  Convenient to Sacramento St. shopping. I can only imagine what this house would be worth if it were on the market.  Reality is, this sort of home doesn’t hit the market.

I’m sure there’s a name for the style of house, but it seems to me to be a cross between a Tudor and a craftsman.  Look at the detail on these eave brackets.  Note also the owl behind the bracket-I didn’t notice it til I posted the photo.  I wonder if it does it’s job keeping birds away.  Keeping all that wood detail clean is a big job! 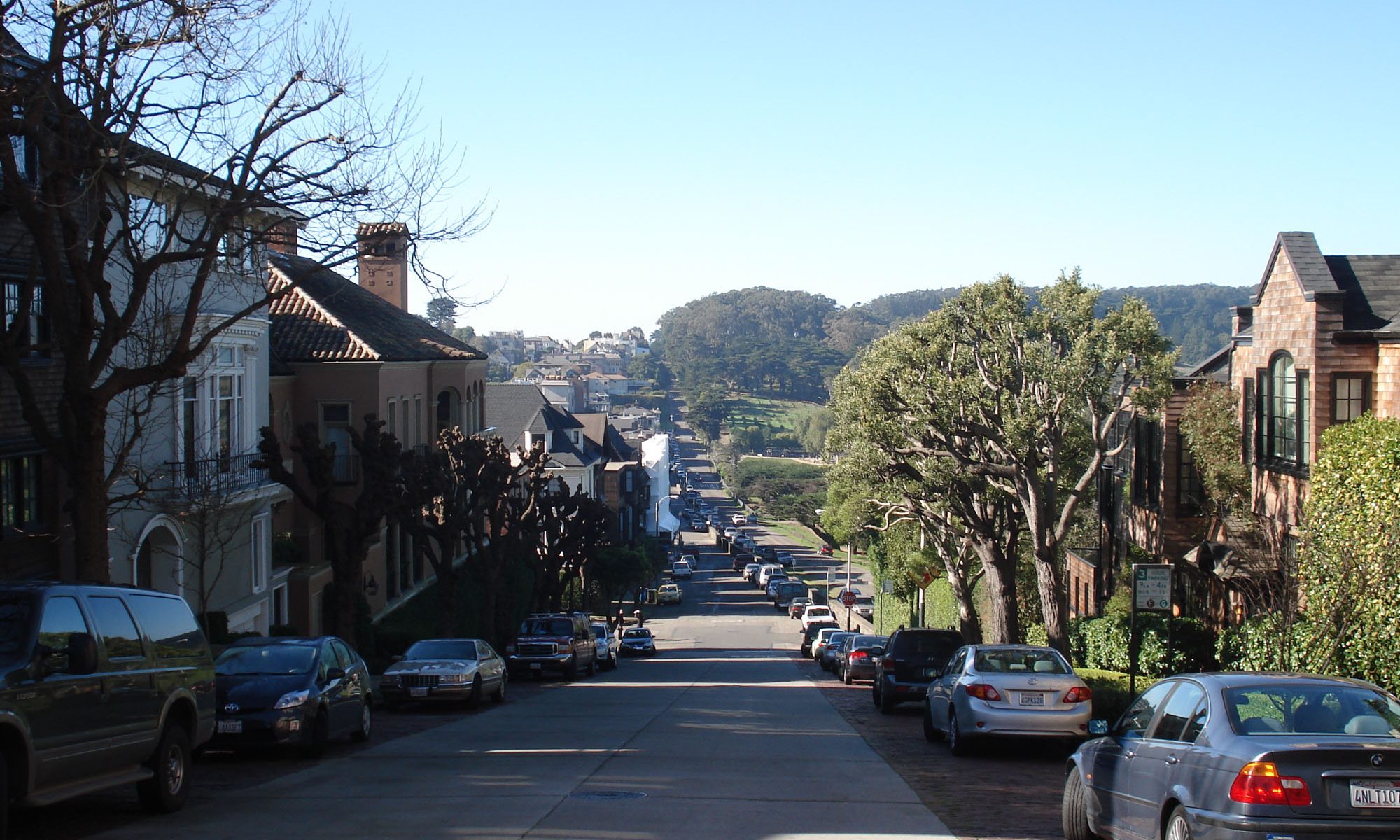 I got inspired to keep my eyes after finding that wonderful home in the 2400 Block of Pacific at Christmas time.  Since then, I’ve been keeping my camera handy and my eyes open as I drive around SF-usually on Tuesday Tour.

Last week, I found a little traveled part of Pacific Avenue at Lyon and down towards Presidio. Interestingly, I don’t recall ever having been on this part of Pacific.

There are some unusual homes and the best part, is that Pacific actually parallels the Presidio green belt.  That was really fun to find something new!  Worth checking out when you are out and about.

I saw 611 Washington St. Unit 2504 on tour yesterday. Not a unit most people could afford, but VERY interesting.  I had actually never been in the building before, so it was even more fun to see something new.

In a modern doorman building right across the street from the Transamerica building-this 2 bedroom, 2.5 bath unit has views toward Transamerica, downtown and the Bay.  The current owner has remodeled the unit significantly since they purchased it in 2005.

Listed for $2,250,000 with monthly dues of $1,870 (no typo here).  Parking is another $248 per month.  Perfect for a professional person or second home.  Great location near Jackson Square Historic District shopping and restaurants. 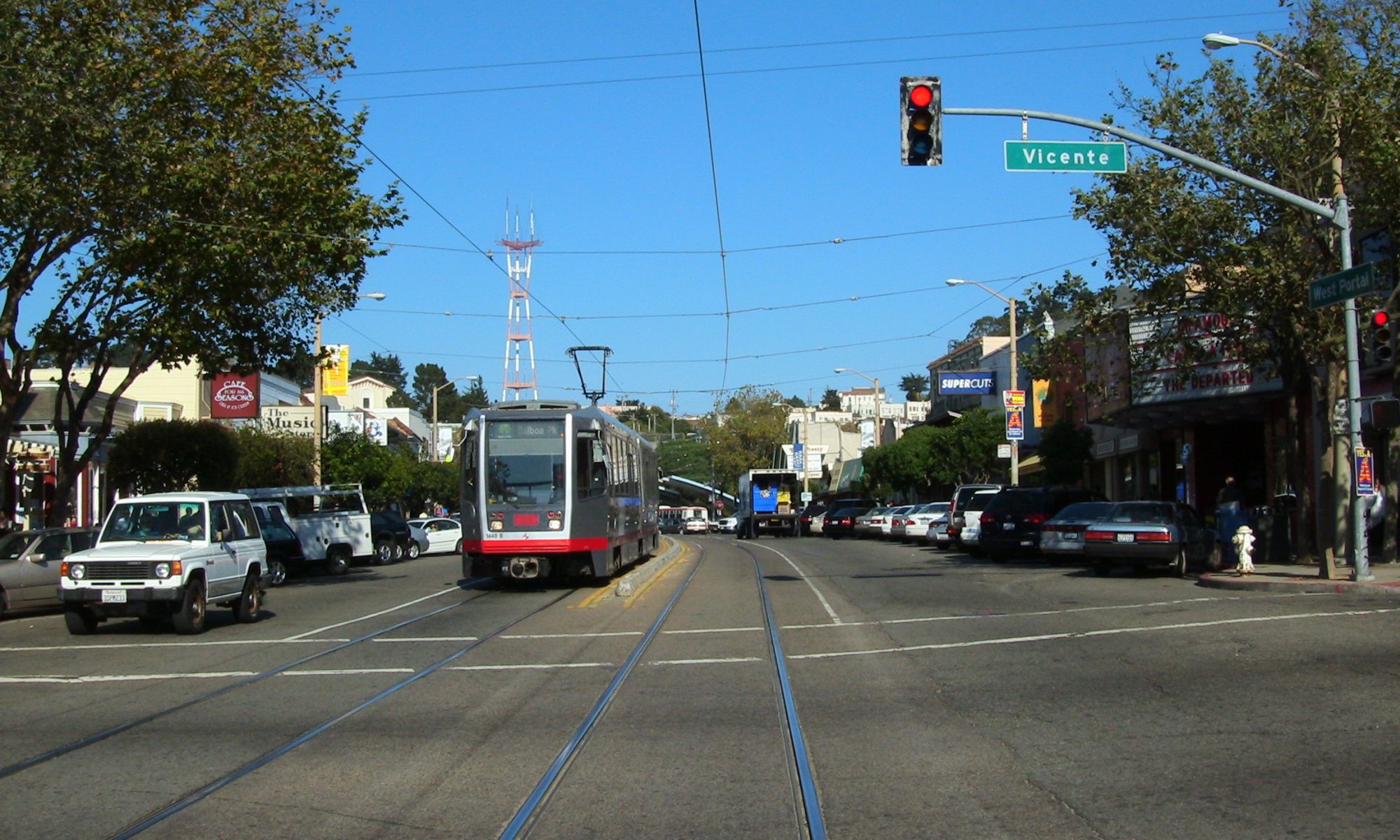 In my year-end article last January, I wondered if, in 2010, we would bounce back to our expected number of sales-we did.  We did not, however, see an increase of property values.  In the end we had overall stability in terms of values and the number of expected sales, despite all the drama of the market occurring behind the scenes.  Here’s what happened:

Looking at sales in the 4th quarter of 2010, only one of 12 sales (.8%) sold over the asking price, with nine selling under (75%).  In the 3rd quarter, seven of the 13 sales (54%) sold for more than list with five selling under (38%).  In the 4th quarter of 2009, there were nine sales, three of them sold over list (33%) and five sold under (56%).  These numbers indicate a slow down in activity in the fourth quarter.  Inventory and activity were higher in the third quarter, yet both were down in the fourth quarter-prices remained stable.   It seems to me we had our Fall burst of energy a little earlier this year.

More properties sold and sellers were willing to negotiate.

Interest rates have remained historically low, but have seen an uptick over the past two months.  I expect this to push some buyers off the fence in the new year, as purchasing power goes down with each rise in interest rates.

Lending is still tight and easier for those with verifiable income and good credit scores.

Historically, we see a healthy supply of listings coming onto the market in January-April.  The challenge we have run into over the past few years, is that the inventory coming on doesn’t necessarily match the buyers in the marketplace-creating a supply and demand issue.  This may explain why some listings are getting multiple offers over asking and others are lingering on the market and selling below their asking price.

Most of the loss of value we experienced occurred in 2008 and the beginning of 2009.  I think the real estate values flirted with the bottom of the market mid-2009.  Since that time, our neighborhood seems to be stable overall.  In my interpolation, I think we have stayed even in terms of values over the course of 2010.

While, I feel rumblings that more buyers are starting to poke around in preparation to buy in 2011, I do not expect the extra buyers to push prices up too much in the short term.  Sellers still need to consider this a buyers’ market.

3 bedroom, 1 bath with a large garage and a vaulted entry, the home was remodeled in what looks to be the 1980’s.  That conjures up an image of what you’d expect and part of it’s right-the same Home Depot white laminated cabinets with oak trim.  Did anyone really like those?

What I find interesting about this house is the open concept living and dining (and could be kitchen) off a deck and the garden.  So much of our housing requires that you go down stairs and through a room or three to get to the backyard.  It’s so rare and welcome to be able to walk out from your public spaces.

I also like the location-close to Geneva, which has changed a lot over the last several years.

Right after the price reduction to $499,000, the home went into contract.

The house closed escrow a week ago for the new list price of $499,000.  Someone got a fun project! 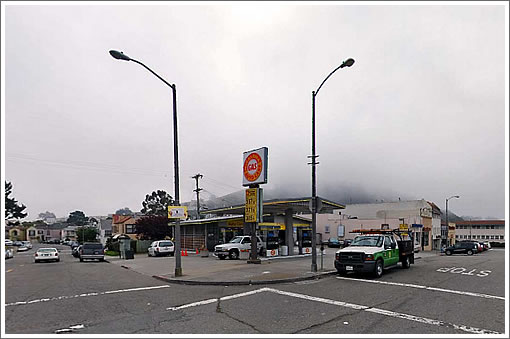 I was surprized to find this on Socketsite.  The gas station at 701 Portola, near Molly Stones in Miraloma Park, is being torn down and a new drug store is being put in it’s place.  I stopped using the station long ago-perhaps it’s my fault.  Let’s add that to the list.

According to Socketsite, Walgreen’s was originally building a store there and pulled out-now it will be a CVS.

Is it me, or do we really need another drug store?

Here’s the link at Socketsite 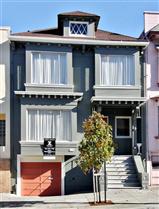 1522 9th Ave. is a wonderful original home in the Inner Sunset.  Offers are due 1/13/11, so it’s a little late to get in the game, but it sure will be interesting to see what happens.  Listed at $799,000, I expect this home to sell with multiple offers over asking.

A two story, substantial home, built in 1909.  Four bedrooms-all on one level, one bath, a fireplace and box beamed ceilings in the dining room, two car garage parking.  And of course, a fabulous location in the Inner Sunset, convenient to public transit and all the great shops the area has to offer.

Here’s a quirky little thing about it.  A clinker brick fireplace in the garage!  How’d that get there?!

The house sold with 11 offers a lot over asking. 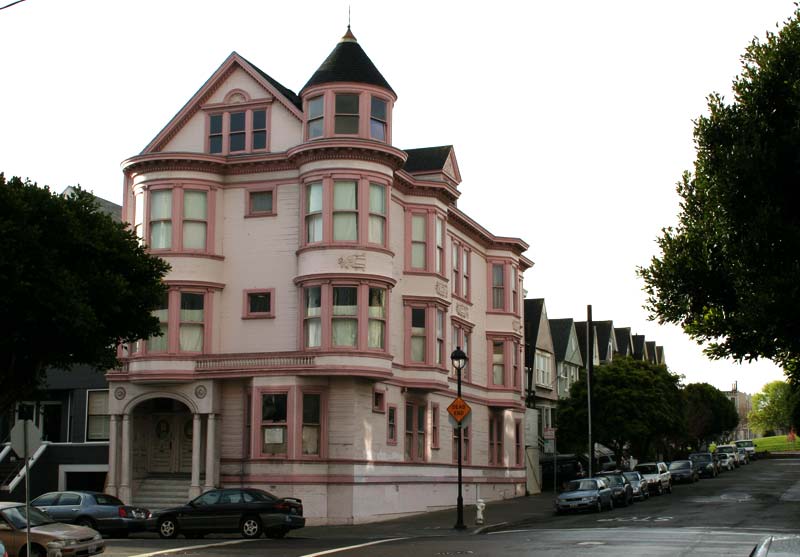 If you are familiar with the Lower Haight, there is a fantastic monster of a building at the corner of Waller and Pierce that has been deteriorating for years.  It is positively mammoth and I’ve always wanted to see the inside.  Turns out, soon I will.  The property is being renovated and will probably be sold as tenants in common’s sometime this year.

Here’s the full story in Haighteration

It only took 4 years, but finally, it looks as if Cesar Chavez (formerly Army St), will be getting some greening.  The SFMTA board approved the design in Mid December. The whole street has been an eyesore for far too long.  It’s nice to see that it will get cleaned up.  Property values will be helped by this for sure.  Just look at how cool NOPA is now-the greening along Divisadero helped that out.

The plan does call for a reduction in traffic lanes and the loss of about 30 parking spaces.  That seems scary at first, until you look at a few of other streets that have had lanes removed and are actually better utilized, like Valencia St. and 7th Ave. in the Sunset.

Eric went out of his way

Eric went out of his way to make sure we were well informed of the market as a whole; working with Eric is like getting a mini real estate education.